Today is Tuesday in the Second Week of Eastertide. It is also the Memoria of S. Anselm, Monk and Bishop, and the Queen's 94th birthday - perhaps these each of these three events is a good enough reason for some celebration, even in isolation.

I was wondering what connection there was between these events. But of course, Anselm was born in Aosta in Italy, then Abbot of Bec and finally Archbishop of Canterbury, resisting the Queen's predecessors, William II and Henry I, and being exiled for his pains. Queen Elizabeth II is still obliged to govern the Church of England, centred on Canterbury (unless and until she asks to be received into full communion with the Catholic Church)!

There is a universal dimension to Easter, Anselm and the Queen. Easter, of course, is the celebration of the resurrection of the Lord, risen for all of us. Anselm was an Italian monk, French abbot, and English Archbishop, an internationalist, as Lord Clark noted in his epic television series, Civilisation. The Queen is descended from English, French and German ancestors, and is also Head of the Commonwealth of nations, spread around the globe.

How should we celebrate? For Easter, we sing Alleluia at every conceivable opportunity in the liturgy – at the Invitatory verse which begins the Divine Office each day, at the antiphon for every psalm, the verse before the Gospel, the sending forth at the end of Mass.  What is “Alleluia”? It means “Praise the Lord!”, or “The Lord’s name be praised!” At this time of isolation, poverty, anxiety and fear, many may be helped to remember the wartime song of Frank Loesser, “Praise the Lord, and pass the ammunition!” We should join the whole Church in praying our Lady’s prayer of amazement, confidence and gratitude, the Magnificat. (Luke 1:47) 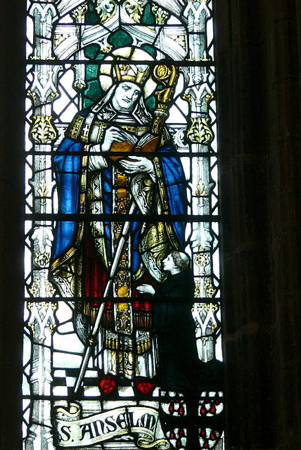 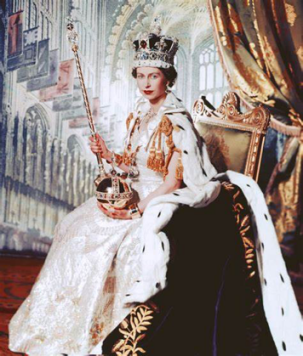 For S. Anselm, perhaps we should consider that this wise, intelligent monk grappled with the nature of God and Being, and attempted to provide a rational proof for the existence of God. Perhaps we should also apply the best of our mind, strength and love to grasping the God who made us and delights to love us.

For the Queen, perhaps we should – especially this year – drink her Majesty’s health, and pray God to restore, defend and sustain the health of all of us.